What My GYN Doctor Didn't Warn Me About

Up to one million women in the US alone are diagnosed with abnormal cervical cells (also known as cervical dysplasia) every year. This condition is often caused by human papilloma virus (HPV) and the precancerous or cancerous cell changes that it can lead to. There are several treatments doctors can use to address these changes, yet one of them, called Loop Electrosurgical Excision Procedure or LEEP (also known as LLETZ outside of the US) has become the most common and “routine” choice.

However, an increasing number of women from all over the world are reporting life changing body and mind changes following this procedure. They include, but are not limited to:

Many women who develop these issues shortly after the procedure, bring their experiences to their GYN doctors, to only find out that they deny such connection, and be told that it is not possible, since cervix has no nerves, leaving these women devastated and suffering for years.

It is true, even in 2020, many doctors do not have enough information about the innervation of the cervix and the three nerve pairs that connect the overall genital area to the spinal cord, and then our brain. Only in recent years (2015 & 2019) there were several studies done that mapped the sensory function of female reproductive system and researched the cervical nerves. However, this information is still not reflected in medical books or schools.

The reason I am so passionate about this? I was one of these women.

In 2011, I underwent this procedure that turned into a catastrophic event in my life, due to the damage to my pelvic nerves. I developed severe inflammation, unbearable pain all around my reproductive organs (even from sneezing and coughing), loss of libido and ability to experience arousal and have orgasms.

I later discovered these thousands of women from all over the world reporting similar experiences. After years of research on my own and also communication with these women via online groups, I found out about many other reproductive surgeries and procedures that are reported to have similar sexual, psychological and physical complications.

Some of them are: cold coagulation, cone biopsy, IUD insertion or removal, endometrial ablation, hysterectomy, sling procedure, Caesarean, Foley bulb induction during childbirth, abortion, and many others. I now believe that basically any surgical intervention into the pelvic nerve structures in a female body has potential to create this type of damage, due to the area`s complicated innervation and its fragile nature.

Since doctors are not aware of these issues, women are not warned about the potential "side-effects" and no special function-saving measures are applied during these surgeries, while they are done in increasing numbers all over the world. There are no consent forms or wide-spread information about these life-changing consequences, and women are not offered alternative treatments that are available.

I became one of the "lucky" women who fully healed from this injury. After four hell-like years and countless modalities I tried, I discovered the power of hypnotherapy and was able to reprogram my traumatized brain to direct nerve healing: rewire the severed neurological pathways between my cervix, spinal cord and brain, clear my body from stuck emotions and reprogram my body and my subconscious mind for pleasure again. I also stopped living in complete powerlessness, fear and overwhelm that the cellular changes and the dis-ease would come back.

I now have made it my life's work to help women with such issues, to reverse the damage that was done and heal their traumas. I also share this information to empower women, so they can take back their bodies and health into their own hands, ask for and insist on alternatives, do their research and demand that their bodies, pleasure and lives are respected and valued. 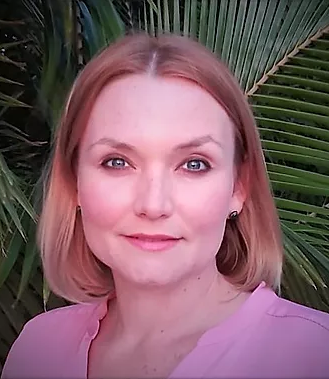