Finance in the City: Getting Into An Open Relationship with Money

Finance in the City: Getting Into An Open Relationship with Money

If there is one upside to Donald Trump’s presidency, it’s that many previously-silent women have been pushed into action. We are out and about, demanding more. We’re marching around wearing pussy power hats. Jaw dropping stories of inequality and mistreatment in the workplace are surfacing in the mainstream media. Injustice and harassment are no longer hushed as “that’s-just-the-way-it-is” side bars - they are powerful topics of everyday conversation. We are shining a light onto the undeniable fact that things need to get better for women in the USA, and the time for that to happen is NOW.

Oprah’s speech at the Golden Globes in January and whisperings of a presidential nomination are further proof of the dawn of new era; one where women are legitimately acknowledged to be just as powerful as men in business. Oprah spoke eloquently about the under-representation of women as business leaders, emphasizing the need to invest in young women by starting early. I couldn’t agree with her more.

Yet amid this new push for women to step into their power, there is still an elephant in the room that needs to be addressed. A shocking number of women feel confined or restricted by their lack of financial prowess. A recent Marketwatch article stated that "Sadly, some 75% of abused women say they stay in bad relationships because of financial concerns.”  If money can affect their actions and life choices this much, what are the downstream effects that this has on our society? How many more women would be living better lives if they had a grasp on their financial health? I think it’s time we find out.

Advice from Oprah has got to be taken with a grain of salt. With a net worth of nearly 3 billion dollars, she is among the wealthiest of the wealthy. That is a far cry from those of us that are in our mid-thirties, ostensibly pulled together in the sense that we are high functioning and have high earning potential at work. But here are the facts from Prudential’s eighth biennial study on the Financial Experience & Behaviors Among Women:

While 75% of the 1,407 American women (age 25 to 68) polled said having enough money to maintain their lifestyle throughout retirement was very important, only 14% were very confident they will meet that goal. And just 20% said they felt prepared to make smart money moves.

Much of this mindset has to do with our internal conditioning.

Does any of this sound familiar?  It may sound like I’m making generalizations, but I’m actually describing myself.

A year ago, these were the constant nagging voices in my head. I had completed my graduate degree in Community and Behavioral Health, so working in healthcare seemed like the obvious next step. And there I was. My professional existence consisted of identifying and addressing behaviors and attitudes that impact our health. But I felt like a fraud. I was carrying around this huge ball of anxiety concerning my own financial health. How could I help people change their behaviors and attitudes if I was completely ignoring my own? So, I did the only thing that made sense… I quit my job and started working as a financial consultant with the goal of making myself my own first client. Below are the first three lessons that shifted my relationship and attitudes toward money.

Times Up for Women & Financial Ignorance

Women are more ready than ever to step up and lean in, but they are still hesitant to talk openly and freely about money. How can we break the fixed mindset that women don’t understand their money, are not good at making money, or that we don’t deserve to pursue wealth accumulation?

If women are to rise to the top, as they are so inclined to do, we need to stop hiding in the shadows of financial shame and ignorance. We need to speak openly about our desire to be included in the conversation. If we don’t understand the male-dominated language of finance, how can we re-shape financial literacy so that it speaks to women?  We have the responsibility to teach and mentor the next generation of female leaders, but we can’t do it without taking a long, hard, and honest look in the mirror and ask ourselves: What is my relationship with money?

Knowledge is power, and it’s time we start learning, ladies. I hope you will join me on my journey toward understanding the business of money and how we can collectively use it to continue our very exciting (and long overdue) rise to the top. 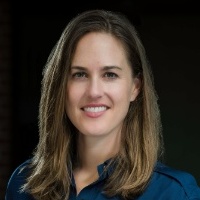 Black Lives Matter
June 4th, 2020
Resurgence of Life Beyond COVID-19: A Fitness Industry Perspective
May 27th, 2020
Moving Forward with Travel Plans During a Pandemic
May 21st, 2020